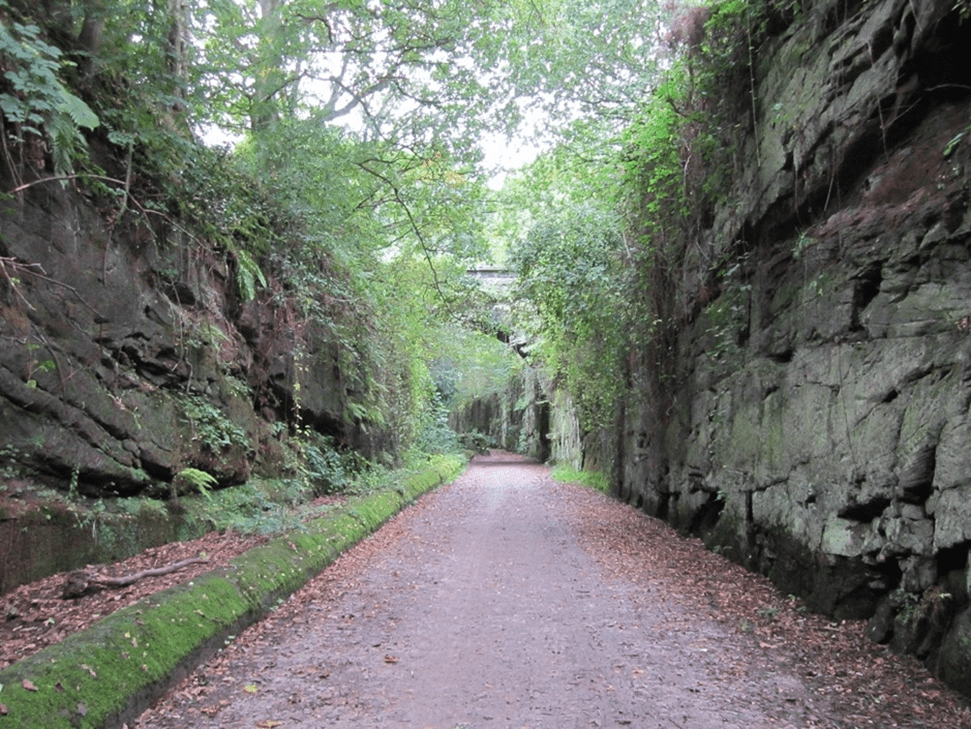 The Wirral Way forms part of the longer Wirral Circular Trail but this is by far the most popular section, being almost completely traffic free. It follows the route of a disused railway, from West Kirby to Hooton, and offers great views across the Dee Estuary to Wales, over a distance of 12.3 miles.

This route can also join up with the Burton Marsh Greenway.

Surface of the Wirral Way

The surface starts off as smooth tar over the first 7.5 miles. After that, it’s unsealed, and varies from bumpy compacted gravel, with potentially very muddy places.
After Hadlow Station, the route can be seriously muddy along some short segments. The last mile is effectively a potentially muddy single-track.

Any bike can be used along the first 7.5 miles. If you’re going to continue onwards to Hadlow Station and beyond, I recommend a gravel bike, a mountain bike, or a sturdy hybrid.

There are toilets at West Kirby train station, at the Whistle Stop Café, in Parkgate (off the trail) and at Hadlow Station.

I give this route 6/10 for family-friendliness, overall, but the first 7 miles are 8/10. Though mostly traffic-free, there are still some on-road segments, and road crossings where especially younger kids will need to be kept safe.
However, to counter that, there’s an indoor play park by the Whistle Stop Café.

Enjoy some spectacular views over the estuary from the Whistle Stop Cafe. There’s also a great beach nearby, in Thurstaton Country Park.

The old Hadlow Station is run by volunteers, and has been restored to what it would have been like in 1956.
There’s a café in the old Station Master’s house, but that’s closed on Mondays and Tuesdays.

There are no A-frame barriers along this route. There are several bollards, but they shouldn’t impede a trike, cargo bike or trailer.
There is a spring-loaded gate shortly before Hadlow Station, and people who cannot dismount will struggle to open it.

Forecast for the Wirral Way

Getting to the Wirral Way

The route as shown on the map below starts at West Kirby station, so you can easily get to the start car-free, by taking your bike on the train. As ever, read my Bikes On Trains guide for useful and helpful tips for taking your bike on the train.
The route ends by the Hooton train station. Both stations have trains every half an hour (do check though, in case of any changes), with direct connections with Liverpool Lime Street Station, on the Merseyrail Wirral Line.