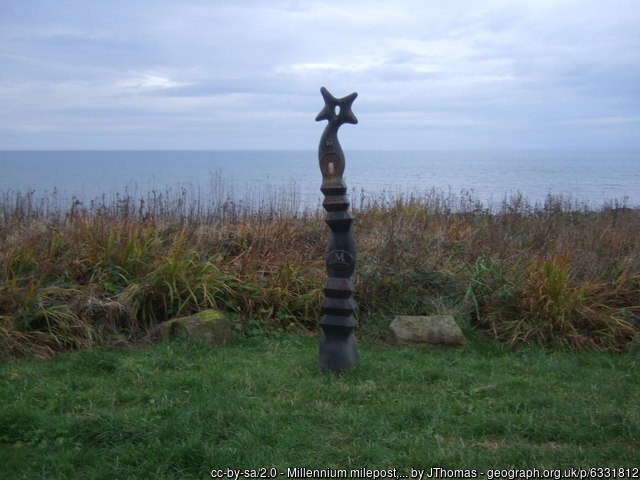 Another routes built on a disused railway, the Whitehaven to Workington & Camerton Railway Path cycle route is 12 miles of scenic bliss. The route starts off on smooth tar, with spectacular sea views.
Soon, the route will veer away from the sea. You will see C2C route signage, as the route forms part of the CTC route.

Though the route extends beyond Seaton, it will suddenly and quite abruptly end in Camerton.

Surface on the Whitehaven to Workington & Camerton Railway Path

The surface is tarred throughout, but the quality varies from very smooth, to a but bumpy.

Options are surprisingly limited along this route. There are some refreshment stops near(ish) the train station in Whitehaven, then at 4.6 miles in, there’s a Starbucks nearby (you’ll need to leave the route, but will remain on a traffic-free path).
In Workington there are several cafés and pubs, all off the trail, and finally there’s the Royal Oak pub, in Seaton (again off the trail).

Almost any type of bike can by used, but trikes and most cargo bikes will find some of the barriers very tight.

There are toilets at the train station in Whitehaven, at the Starbucks (off the trail), in Workington, and again at the Royal Oak, Seaton (off the trail).

Do visit the Beacon Museum in Whitehaven. It even has Viking silver, and more.
You will see a tall stone structure towering over the harbour. That’s known as the Candlestick, and used to be a ventilation chimney for the coal mine. In 1910 a mining disaster happened in that mine, and 136 men and boys lost their lives in and explosion and resultant fire.

You’ll encounter some barriers along the route, but normal bikes can easily bypass them. Trikes and cargo bikes may find the bypass a very tight squeeze.

You can hire bikes from Haven Cycles.

Forecast for the Whitehaven to Workington & Camerton Railway Path

What the Whitehaven to Workington & Camerton Railway Path looks like

Getting to the Whitehaven to Workington & Camerton Railway Path

The only other option is driving to the route, with ample parking in Whitehaven. Just be aware that during the high season it can get busy.