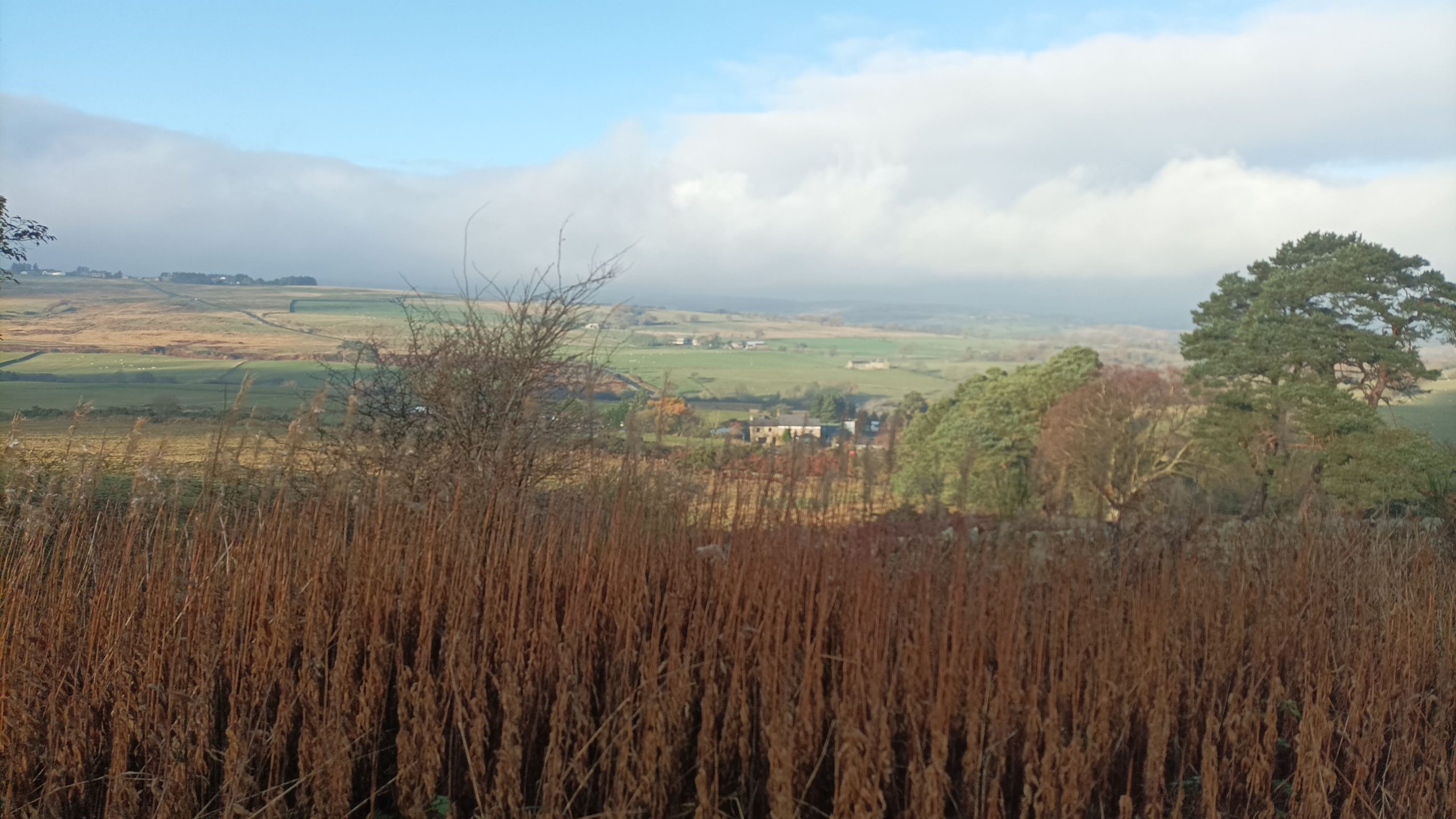 The Waskerley Way is a former railway line which was the Stanhope and Tyne railway. It is part of NCN 7 which helps form the long distance Coast 2 Coast route, from Whitehaven in Cumbria to Sunderland. The railway used to be the highest standard gauge railway in the country

It runs from the road at Parkhead, at the top of Crawleyside Bank, near Stanhope,  to meet NCN14 at Lydgetts junction, just outside of Consett.

The route is 9.6 miles long in one direction, so almost 20 miles as a there-and-back round trip. It is mostly a steady gradient from east to west, but has a handful of short steeper ramps in places. Durham county council, who created the route, have produced a guide to the route.

Most of the information, and all the photos in this route guide was kindly supplied by Gary Dawes. Any errors are mine alone.

Surface on the Waskerley Way

The route is tarred for its eastern half. The western half is hardpacked, but unsealed, and may have the odd pothole.

As it’s a Sustrans flagship route, the whole route can be ridden on most kinds of cycle. However there are some gates which may somewhat hamper trikes, and most cargo bikes.

There are picnic areas along the route at Parkhead. Hawkburn head, Whitehall, and Rowley.
There are cafes at Parkhead, Nana B’s (Red house farm approx. halfway) and Hownsgill at the eastern end. Check opening times.

The highlight of the route is probably Hownsgill viaduct, which is 46 metres above the valley floor, and spans across 12 arches.

The whole route is extremely scenic with breath-taking views across the North Pennines.

At the eastern end where the route crosses NCN14, there is an old smelter rail car as a memorial to Consett steelworks which closed in the 1980s. There is a small church at the ghost village of Waskerley, which has an interesting display of some of the history of the village and the railway.

There are  some chicane barriers at Rowley where the path leaves the picnic area, and some barriers at Palmers bridge to prevent car access to the path. These are comfortably bypassable  when cycling.
There are a couple of pairs of gates which have a sprung catch across farm roads at Whitehall farm, and Red house farm. Riders do need to dismount and walk though these gates, and the springs can be enthusiastic.

Forecast for the Waskerley Way

Getting to the Waskerley Way

Consett is not on any rail link, but for the car free, the X70 and X71 bus services – between Consett, Stanley, Gateshead and Newcastle – take bicycles.

There are various local bus services to Stanhope, but best to check local timetables, and ability to carry cycles before travelling.

The route is well signed and easy to follow