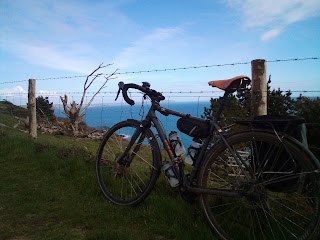 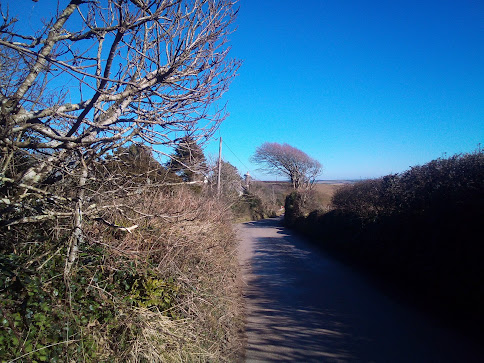 Anyone can design a cycling route, but to design a good route requires a bit of thought. For the purposes of this post, I’ll be focusing on longer, ideally multi-day routes.

You cannot design a route without a map. The only question is where that map exists – it could live in your head, be a paper map, or a digital one. In the UK, the very best paper maps are the Ordnance Survey (OS for short) maps – they are astonishingly accurate. As a result, there are a significant number of people, mostly older men, who swear by OS maps. Of course, OS maps pre-date digital maps by a very long shot, but they are available in digital format, too.

Paper maps are great – they never run out of batteries, for starters – but they have huge disadvantages. For starters, they’re of fixed scale and there’s no zooming in or out, and sharing a route becomes rather cumbersome. Finally, navigation by paper map while cycling is not exactly the most efficient activity ever.

With digital maps, plotting a new route (or editing an existing one) becomes really easy. With paper maps, you’re limited to the information you can see on the map, but with digital mapping, you have all that information (in various levels of zoom) available, but you also have additional information, in the form of meta-data, at your fingertips.

There are a myriad of digital mapping resources available online. These range from Google or Bing maps, to OS maps, and to something I’m especially fond of, the Open Street Map (OSM for short). The OSM has various layers, including the Open Cycle Map (OCM) which clearly highlights cycling infrastructure.

Many other services use OSM mapping, starting with the superb CycleStreets, but also my personal favourite, RideWithGPS, and others, such as the brilliant Cycle.Travel. Many Garmin cycling GPS units can also use OSM mapping, but it gets even better: as the name suggests, the Open Street Map is open for anyone to edit!

Everyone can, and should, edit the map for their local area. That way, collectively, we make it better for everyone. OSM has one other really nifty feature: allowing you to create an enduring, shareable, online scratch map, showing everywhere you’ve cycled.

Finally, there’s this absolute gem of a site, allowing you to view Bing maps satellite imagery alongside old maps of the UK. 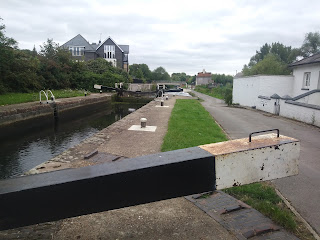 To be blunt, a good route takes you from A to B, in as pleasant a manner as possible, through as pretty scenery as is possible. You must already have some idea for a route in your head. Perhaps it’s as simple as “I’d like to go cycling in the Welsh mountains”, or perhaps “I want to cycle from London to Birmingham – which would be the best route?”

The important thing here is to remember who you’re designing the route for. If it’s for yourself, and you’re a hardened roadie, who’d happily mix with cars along fast, busy roads, the route you design will be remarkably different than if you designed it for leisurely cycling with some nervous cyclists.

At this point, you should have some sort of idea of where you want to start, and where you want to finish. Along with that, you need to have an idea of any specific points of interest you want to include in your route. These may be whole towns or cities, or simply somewhere you’ve always wanted to visit, like Stonehenge, for example. Once I have a clear idea of the area I want to cycle through, I like to build a list of Must-Visit and Nice-To-Visit locations. Using the start and end points, I then try to draw a route on the map that runs through as many Must-Visit points as reasonably possible, while being mindful of any inclines, as well as the actual roads.

To me, a good route avoids busy roads, and if I can divert onto a traffic-free path, I normally would (unless that path is dire, which can often be the case). Do make a note of where toilets are along your route, too, especially if there will be women along on the ride. The steps so far should result in a reasonably clear idea of the final route. For multi-day routes, obviously you’ll need to factor in overnight locations, too. If like me, you tend to wild camp, a certain degree of flexibility would be needed for your camping spots.

One of the several reasons why I like using RideWithGPS is because it allows me to easily switch between Google Maps, Google Satellite View, Open Street Map and Open Cycle Map. In addition, I can use Google Streetview directly from within RideWithGPS. The Streetview element is invaluable, as it allows you to look at the road, and at least get some idea of what it’d be like to ride. You want to avoid trunk roads, or roads that Streetview shows to be choked with cars, for obvious reasons.

You also need to pay attention to the elevation profile RideWithGPS will create – especially when touring, you’ll want to avoid (if possible) gradients of more than 10%, and that does mean you may have to reroute segments, potentially making the distance longer. 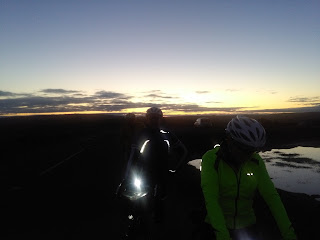 Best-laid plans, and all that, eh? Seriously, when designing a route, try to consider what your options would be if things go wrong. For example, if you suffered a disastrous mechanical failure, how will you get back? Train stations tend to be good bail-out points, as you can simply put your bike on the train in case of disaster, but if there aren’t any trains about, what alternatives do you have? Are there any taxi services that will collect you and your bike? Can you phone someone to come and pick you up? If you’ll be delayed and have to cycle in the dark, will you have lights?

Alongside this, especially when riding through sparsely-populated wilderness areas, such as the Scottish Highlands, it’s a very good idea to tell someone which route you’ll be taking, and when you’re expecting to be back. Oh, and check in with them once you’re back!

Be aware of how the weather can affect your route. For example, my Somerset Circle route can be affected by both spring-tide, and flooding on the Somerset Levels, so the ride’s home page has links to check both in advance.

Remember, you’re planning a bike ride, not an SAS selection day. It’s meant to be fun, so if the forecast is for severe weather, postponing your ride makes a lot of sense.