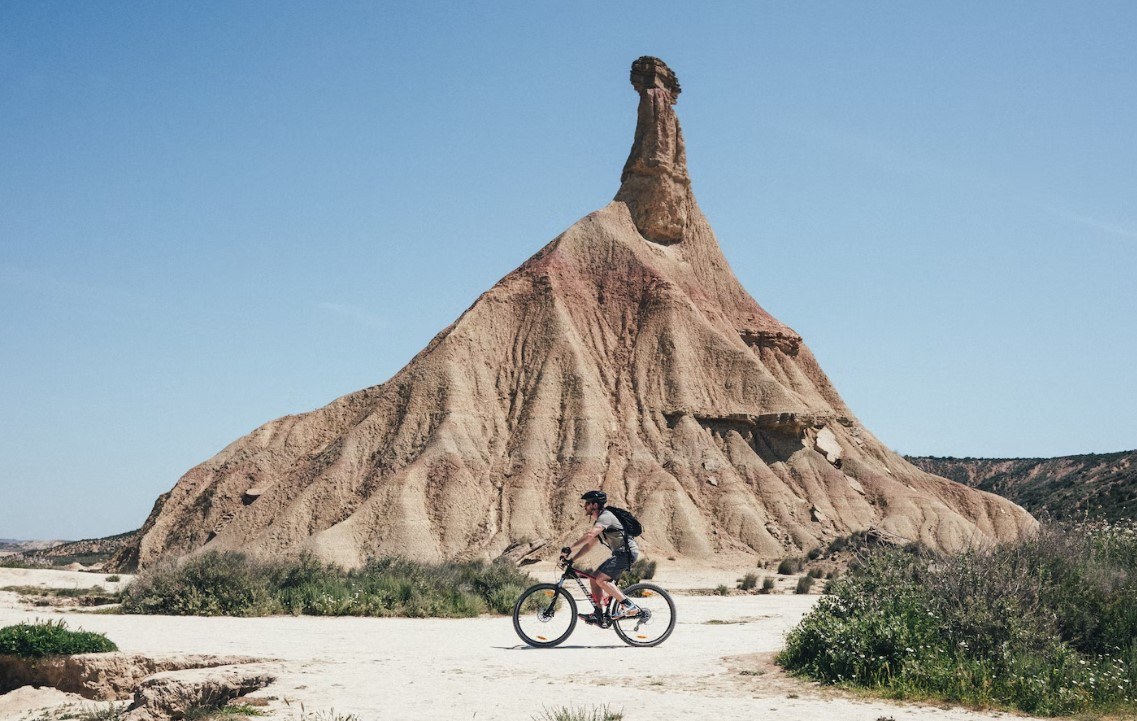 Quite obviously, what we should be most concerned about is the impact of our activities on climate change. Climate change is man-made, real, speeding up and is frankly terrifying. Still, for the purposes of this post, I’ll focus on the impacts of climate change on cycle touring.

Big Oil has been funding a vast PR machine for a long time, intent on eroding belief in the valid, peer-reviewed science behind climate change. We now know that Exxon knew about the devastating impacts fossil fuels were having on climate change some 40 years ago, and just continued as if nothing was wrong.

Simply put, if you still doubt that climate change is real, you’ve either not been paying attention, or you were taken in by charlatans and liars. Neither is a good look!

What  does  climate  change have  to  do with  cycle  touring?

As it happens, quite a lot. For starters, the weather is changing, and summer’s are becoming increasingly unbearably hot. During 2022, the UK saw long-standing temperature records get smashed, and the rest of the world pretty much experienced the same. In the UK, an unprecedented 42 degree Celsius was recorded!

If you try to go cycling in 42 degree heat, you need to understand that you are literally putting your life at risk. Remember, the only method available to your body to cool itself is through sweat evaporation. Above 35 degrees, especially in humid conditions, you will encounter the wet-bulb effect, meaning your body has no effective means of cooling itself down.

Hotter temperatures also means heavier rain, which in turn leads to increased flooding. If you were planning on cycling a route like the Somerset Circle, flooding certainly will disrupt your plans!

Drought has serious implications, and perhaps more than you may realise. If cycle touring in the UK, you’re unlikely to be reliant on obtaining drinking water from streams, but it still will impact on your tour.

When cycle touring elsewhere, Africa for example, drought will severely limit availability of water. Alongside that, drought will force millions (potentially billions) of people to move, or die. Whenever such large population movements take place, conflict and exploitation follows.

Also, when you choose to go cycle touring in a region already suffering from limited resources, you will be making it worse. That’s simply because you will need to consume additional resources. Remember, already there isn’t enough to go around.

Why would you choose to do that to others?

Too many cycle tourers fly to exotic destinations. Flying is an extremely wasteful and polluting form of travel. Can you seriously accept adding huge amounts of additional CO2 to the atmosphere, simply so you can go cycle touring somewhere?

Whenever possible (and it’s more possible than you realise) take the train instead. France is banning short-haul flights where there journey can be made by train instead. That’s a big step in the right direction. I expect it’s just a matter of time before more countries follow suit.

What this means is flying will become less of an option, which is good for the planet. It’s also good for you, as you simply cannot go cycle touring on a dead planet.

Should you stop cycle touring?

Not at all! However, if you want a future, and if you want humanity to be able to survive, you will undoubtedly have to change your lifestyle, and that includes cycle touring.

Changes can be as simple as cutting meat from your diet, or at very least reducing it. It would also be a good idea to consider avoiding cycle touring in areas where there already isn’t enough food and water for the people who live there.

There are positives: cycle touring has a significantly lower CO2 footprint, compared to practically any other form of travel. besides, people who go cycle touring are more likely to cycle short trips at home, too, instead of driving half a mile to the shops.

The impact of climate change on cycle touring

2 thoughts on “The impact of climate change on cycle touring”