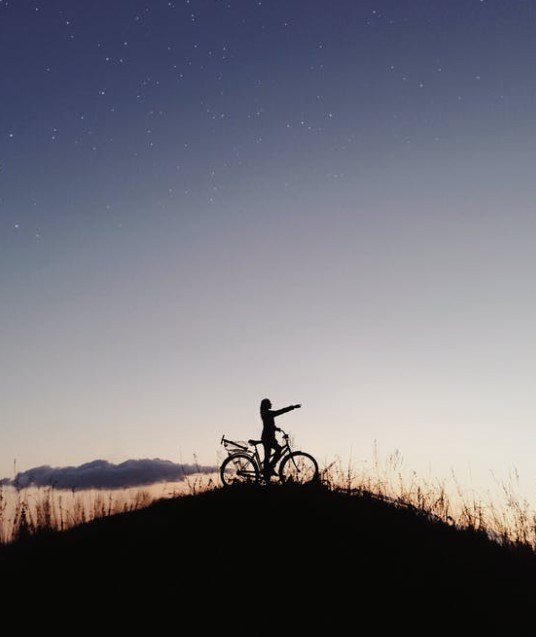 Adventure, Back To Basics, Cycle touringNo Comments on Planning that cycle touring route

How  much  cycle  touring  route  detail  is  enough?

Some people love to have total freedom when cycle touring, including the route. I know of at least one person – who does very long tours – that regularly decides the day’s route just before setting off that morning. On the other hand, some people want every tiny detail planned out in advance. Which is the right way?

How  experienced  at  cycle  touring  are  you?

This is not a dismissive question. We all are newbies at some things, and we all are old hands at others.  Why does it matter how experienced you are? Well, let me use the example of learning to drive: at first, everything will seem vastly complex, scary and overwhelming. You feel like you’re being pulled into too many different directions at once, and that you cannot possibly pay attention to everything you’re expected to. And yet, as time goes by, and you gain more experience, some things become second nature. In that sense, cycle touring is similar.

Very experienced bike tourers have established routines that work for them (we’re all different, and in time will develop our own routines). If you’re new, or newish to cycle touring, you probably still have to develop your own routines.

Especially when new to cycle touring, it is a good idea to reduce the number of unknowns you have to deal with. Oh sure, you will have many surprises along the way – most of them of the pleasant variety – and I’m not for a moment suggesting somehow doing away with those. What I’m saying is that you should try and reduce the things within your control. That begins with the route itself. For this reason, if you’re new to cycle touring, I rather strongly suggest that you follow pre-planned routes. That will leave you free to be able to focus on other things, such as enjoying the scenery, while reducing the chances of getting lost.

When following a pre-planned route, you have benefits built in. For example, you will have a reasonable idea of where you will overnight, and you will know where to get food and drinks. Importantly, you will know that lovely quiet lane won’t spit you out on a fast, busy dual carriageway! There’s a lot to be said for pre-planning a route! For some great pre-planned routes, just click this link.

Even when following a pre-planned route, you’re still free to choose the pace at which you’ll be cycling. Of course, you’re also free to decide when and where to stop, and for how long. Pre-planned routes don’t take freedom away, but they do offer additional peace of mind. Additionally, you remain free to change the route while cycling. I sometimes do that, even when otherwise following a pre-planned route. I am most likely to do so if I discover something in the area that didn’t factor in the planning of the route. Perhaps there’s an event on, or just somewhere you’d like to go and visit. Regardless of the reason, you retain the option to change the route on the fly, and to later return, or not return to the pre-planned route.

Use  the  right  tools

I design my routes using the superb RideWithGPS. No, they don’t pay me to say that – I’m a paying customer of theirs. I’ve tried practically all the route-planning tools out there, and overall, RideWithGPS to me is head and shoulders above the rest. Drawing a route is easy on RideWithGPS, and you can flip between various different maps, and even drop into Google Streetview.