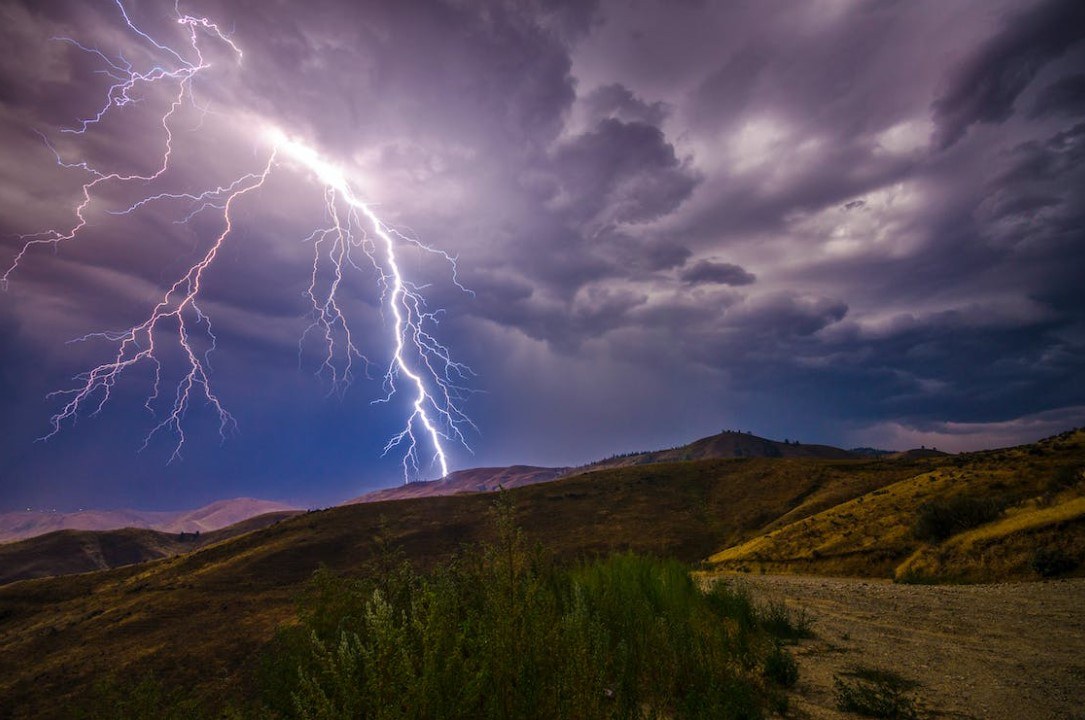 Cycle touring, Tech5 Comments on The quest for power

Off-grid cycle touring is exactly what the name suggests. Just you and your bike, going places, wild camping along the way. There’s no access to mains power, so you either have to carry sufficient battery capacity with you, or find a way to generate power along the way. 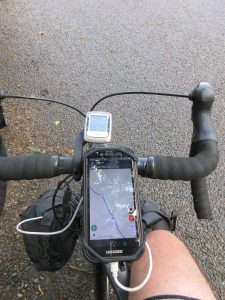 Let’s tackle this one first. Why off-grid indeed? I’ll start by pointing out that there’s absolutely nothing wrong with cycle touring, and staying in B&B’s, hotels, with Warmshowers hosts, or similar. We’re all different, and we all have our own preferences. I prefer to wild camp, especially if I get to do so in really wild places. You may feel different, and that’s OK. The trouble with wild camping (besides the legal aspect in the UK) is that you’ll have no access to mains power. That means recharging your gadgets becomes tricky. I am by no means an electronics expert, but will share with you what I learned through my own experiences.

The most basic option available to you is to pack a power bank. Power banks are typically rated in mAh (milli-Ampere hours) which is an indication of how much “charge” you can store in it. The mAh rating of your power bank should mainly be treated as a guide, and not an absolute. This is because of a myriad of other factors impacting on the power bank’s performance. Just like you don’t need to know how to replace a bottom bracket to be able to ride a bicycle, you don’t need to understand most of the physics behind your power bank. All that matters, really, is how well it works for you.

A power bank is a rechargeable battery that has circuitry inside that makes it capable of delivering a steady USB power output. USB power is old-school, stable tech by now, and most likely all your gadgets recharge off USB. If you’ll be camping just for one night, then a medium-capacity power bank would most likely deliver all the power you need. On longer rides however, you may find that single power bank alone is not enough.

Pass-through charging is the ability for a power bank to be charged from an external source, while simultaneously deliver charge to devices plugged into it. To me, this used to be a deal-breaker: if a power bank didn’t support pass-through charging, I wasn’t interested. However, that was a mistake, based on my limited understanding of how the circuitry works. Having looked far deeper into this, I’ve learned much more. For example, your power bank’s battery can either be charged, or deliver charge. It cannot do both simultaneously. Pass-through charging is achieved by the circuitry taking some external power to slowly top up the battery, and passing some external power on to devices plugged into the power bank. The important bit is this: pass-through charging will severely reduce the amount of charge delivered to connected devices. Simply put, it’s highly inefficient – a lesson I was slow to learn.

There are various options available for solar panels, with size and weight being the two biggest limiters. I have a small set-up like this, which folds up, is light, and is waterproof. Solar is great for bright, sunny days, and can help a lot when you pitch your tent with several hours of daylight left. Under less bright and sunny conditions, the performance of any solar panel will hugely drop. Also, the angle of the sunlight onto the solar panel can make a big difference to its efficiency. Despite these drawbacks, even in the UK a portable solar panel can still help you out.

Wind generators have come a long way, and you can buy one that off-the-shelf delivers USB power. Arguably the best option is the Shine, a portable wind turbine that can fit inside a backpack. However, it’s not cheap, nor is it small. Another option is the WindPal, which seems smaller. Wind generators I feel can be useful, but are most likely of limited use when cycle touring. This is due to their combined bulk and weight. However, they do offer the benefit of being able to generate power all night long.

After a power bank, a dynamo is your best option. There are two types: a hub dynamo and a bottle dynamo. Hub dynamos are integrated into the front wheel’s hub, hence the name. Bottle dynamos are the more old-fashioned types and are called that because they look a bit like a bottle. The trouble is that a dynamo generates alternating current, or AC, which is no good to charge power banks. Some additional circuitry is required, and there are even options for you to build it yourself. What is important to understand is that any conversion of energy is not 100% efficient, so you will lose some of the energy during the conversion process. Also, some clever people did the maths and found that a hub dynamo could add up to 5 minutes on the time it’d take you to cycle 100 kilometres. To me, that’s a very acceptable price to pay.

What you get depends on whether you want something ready-made, like the Cycle2Charge, something far cheaper but slightly more industrial-looking, or if you want to go down the DIY route. A better approach would probably be dynamo lights with integrated USB charging, like the B&M Luxos IQ2 headlight on my bike.

I started off by saying early on that I got my charging solution wrong at first. I was all in favour of a one-ring-to-rule-them-all solution. I’ve since learned that my Luxos headlight and Shimano dynamo combined deliver enough USB power to keep my 20 000 mAh Svartgotti power bank topped up. The problem I had was, when running GPS all the time, my phone’s battery was still slowly discharging. That was despite it being plugged into the power bank. Of course, the power bank was being charged by the dynamo at the time, and the problem was simply pass-through charging being inefficient.

When I disconnected the power bank from the dynamo, it started filling up my phone’s battery again. When I disconnected the power bank from my phone, and connected it to the dynamo, it would charge quicker too. As a result, I’ll simply order another Svartgotti power bank. With two such powerbanks, I will rotate them. One will be topping up my phone, while the other will be charged by the dynamo. When setting up camp during daylight hours, I will often also use my solar panel to add more charge to the “unused” power bank.

Finally, when touring, I use two Podsacs, mounted on the front forks. In addition to carrying my sleeping bag and my self-inflating sleeping mat, they also provide a very handy place to keep my power banks. That means my power banks are close to hand, and protected from the rain.

Why do I do things this way? For starters, my battered old Garmin Edge 500 is showing its age. I still carry is as backup navigation, but its main purpose is simply to show me my speed, the gradient and temperature. I made a decision to not replace it with another cycling GPS unit. Instead, I replaced my phone with a Doogee S40 rugged phone. The S40 is waterproof and shock resistant. Overall, I’m happy with it, but though a 4G data connection, the voice and SMS features rely on 3G, and 3G is gradually being shut down in the UK. I may or may not need to replace it (I’m hoping not to).

When cycle touring, I reply on the RideWithGPS app on my phone to give me voice guidance. I also tend to take lots of pics with my phone. As it’s a waterproof phone, it can sit in the rain on my handlebars. I’m not saying mine is the best solution for everyone, but it works well for me. Now I seem to have solved my power issues, I can go on far longer off-grid adventures, knowing I’ll at very least be able to keep my phone going.

The quest for power

5 thoughts on “The quest for power”