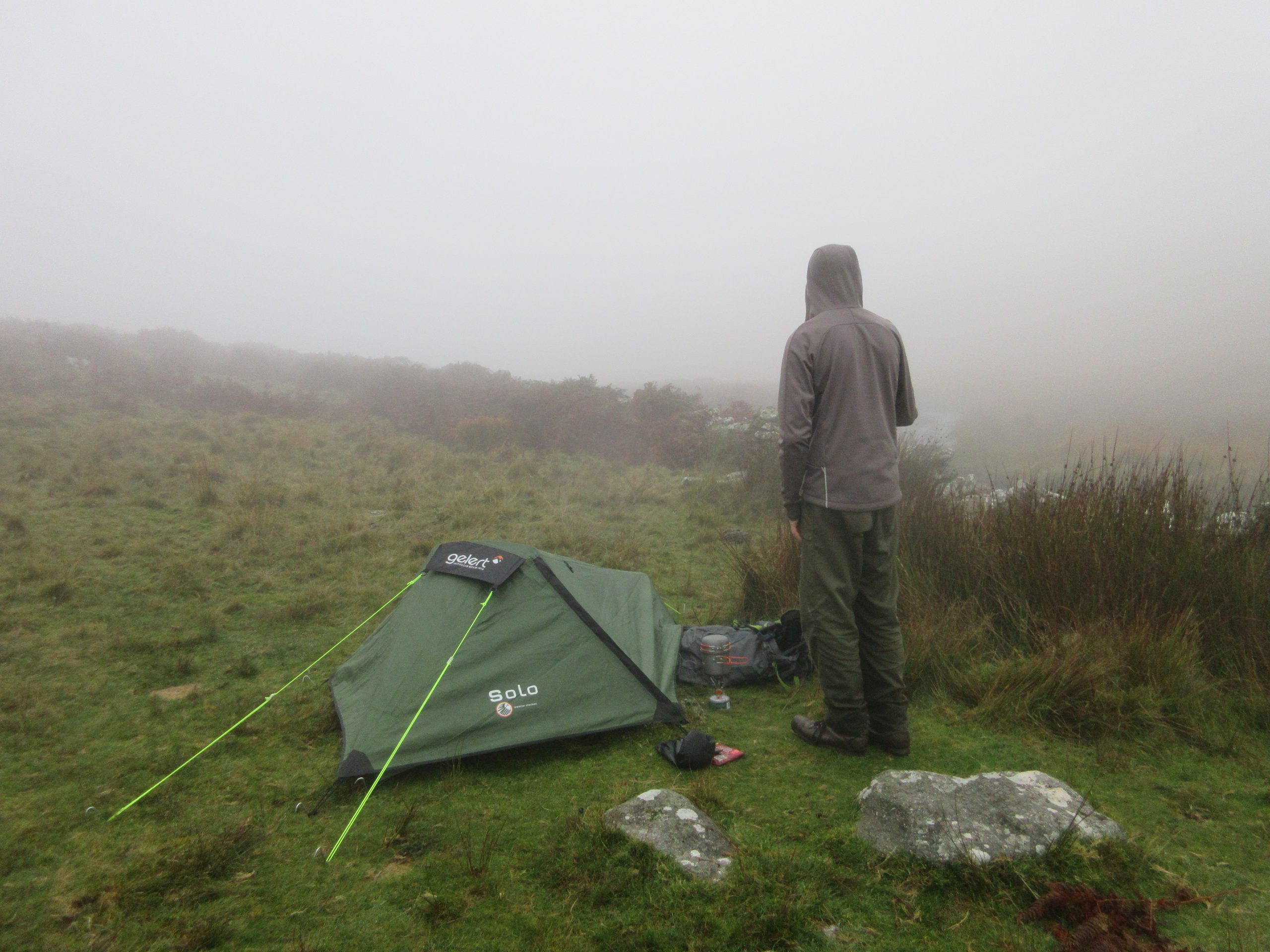 Adventure, Camping, Cycle touringNo Comments on Does Your Wild Camping Pass The Test? 7 Things You Can Improve On Today

Wild camping is great. Just you, and nature all around you. Sheer  bliss! However, there are mistakes that many people make when wild camping. Do you do any of these?

Remember, strictly speaking, and with the exception of around half of Dartmoor (and even that’s under threat!) wild camping is against the law, unless you have explicit consent of the landowner. However, don’t be discouraged – the reality is better than what that sentence suggests.

The cardinal rule of wild camping is simply this: Leave No Trace. Other than some flattened grass where you pitched your tent, or lay out your bivvy, there must be no sign you were ever there when you leave. That absolutely means taking away everything you brought with you. And yes, that includes apple cores, banana peels, and coffee grounds. As a final step, before cycling away, do a sweep of the site and collect all litter you can see. Yes, even if it’s not your litter.

When you’re wild camping, your kit is your shelter from the elements. Depending on the weather, your life may even depend on it. Only ever go wild camping with trusted, tested kit, that you’ve familiarised yourself with. Practice putting your tent up, and packing it away, in the dark. That way, should you need to do it for real, you’ll have familiarity.

New kit is untrusted. Just because something is brand new doesn’t mean it’s in perfect working order. Test your kit out in an environment where kit failure would be an annoyance only, before taking it wild camping. Never trust something just because it’s new.

Not having a plan can bite you in the backside. I prefer to have at least 3 potential camping spots available beforehand. The reasoning is simple: if your preferred spot proves to be unsuitable, for whatever reason, you’ll already have a fall-back option in mind. This becomes especially important if there’s any risk of being moved on at 3am. You really don’t want to have to start scouting for a camping spot, in the dark (and possibly in the rain) after having been forced to move on.

Mixing with livestock is a bad idea. Cows kill several people each year, and while it’s unlikely that you’ll be trampled by cattle as you sleep, it’s best not to take the risk. Importantly, farmers are – quite understandably – rather protective of their livestock, and will usually take a dim view of anyone they find wild camping on their land, amongst their livestock. In some places, such as Dartmoor, livestock roam free, and sooner or later you’ll encounter them. That’s different to wild camping in a closed field with livestock in it.

Making a fire is a bad idea. For starters, it certainly doesn’t fit in with the Leave No Trace principle, and of course it gives off smoke. Smoke and flames attract attention, and attracting attention is not what you want to do when wild camping. If you want a camp fire, go camping somewhere like the superb Hole Station camp site. They offer nearly-wild camping, but with showers and a café on-site, and each (private) pitch has it’s own fire pit.

Making noise will attract attention. Unless you’re in the middle of Dartmoor, or somewhere similar, do try and keep noise down. You don’t need to whisper, but avoid playing music, or shouting. Remember, in almost all of England or Wales, and parts of Scotland, you won’t have permission to camp, so try not to attract attention.

Does Your Wild Camping Pass The Test? 7 Things You Can Improve On Today