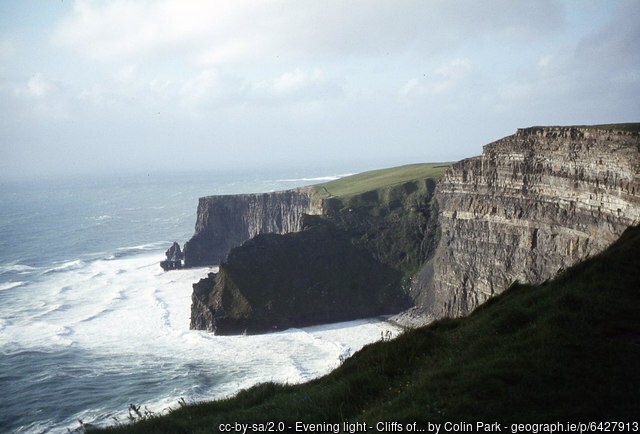 With the end on 2023 rapidly approaching, I’m slowly preparing for cycling the bottom 700 miles of the Wild Atlantic Way in May ’23.

The Wild Atlantic Way apparently is the longest signposted coastal route in the world (a record that’s simply begging to be beaten) and it gets its name because it hugs Ireland’s western shore, which is exposed to often very wild weather, straight off the Atlantic Ocean.

Originally, I was planning on cycling the Rhine (and I still badly want to cycle it, from source to sea). However, though a permanent resident in the UK, I’m a South African citizen. This means I’ll need a Schengen visa to go cycle the Rhine.

Short of paying extortionate prices for “VIP” application slots, it’s simply impossible for me to even apply for a Schengen visa. Yup – a state-sponsored extortion racket operating in plain sight!

Ireland is the only EU country I’m aware off that doesn’t require me to get a visa prior to visiting. In addition to that, I’ve long been wanting to visit such an exquisitely beautiful country full of people renowned to be extremely friendly. Plus (provided I can adjust to their accents) it means I share a language with everyone I’ll encounter.

I make it sound rather dashing, don’t I? Though quite sparsely populated, Ireland’s west coast isn’t exactly the middle of the Amazon basin, and I will still encounter shops, pubs, and of course people.

Unsupported, in this context means that I don’t know anyone there, and if things go wrong, I’ll be on my own. There are very few bike shops along the route (I’m aware of one in Cork and another in Galway) but nothing in between. That means I’ll have to carry sufficient spares for my bike.

Also, if something breaks and is beyond my ability to repair, or I sustain an injury that prevents me from continuing, my options will be severely limited.

It’s so easy to get caught up in the romance of cycle touring, but reality does intrude. I’ll need medical insurance – a condition of my holiday visa being issued upon arrival – and of course I want my bike and kit insured as well.

If my bike was stolen, or damaged beyond repair (neither of which I expect to happen) at least I will have insurance to fall back on.

I’ve been flight-free since 2008, and would like to keep it that way. Climate change is real, and my adventure holiday isn’t important enough to sacrifice our very ability to survive on this planet for.

That means I’ll simply cycle to the Plymouth train station, and catch a train to Anglesey, in Wales. From there, a ferry will take me and my bike to Ireland. Upon disembarking in Wexford, I’ll get a coach (yes, it takes bikes – I checked) to Cork.

I very much enjoy reading books on cycle touring, and my joint most-favourite book of the genre is Quondam, by John Devoy. I simply cannot praise that book highly enough, and if you’ve never read it, get your own copy from the author. You’ll be glad you did!

John lives on a farm with his wife, in County Cork, and he has kindly invited me to stay with them one night (probably my first night in Ireland). I cannot wait to meet them both, and hear the tales he has to tell.

To get to John’s farm, I’ll cycle from Cork, though I’ve still to work out the exact route.

I’ve pretty much solved my power conundrum, and believe I’ll be able to generate enough power, harvested from my dynamo hub, to keep my gadgets charged up. I’ll be using three power banks. Two of those will be 20 000 mAh capacity, with the third just 5 000 mAh. In addition to the dynamo, I’ll have my trusty solar panel strapped on the back of my bike.

My bike will receive an upgrade prior to the trip: I’m changing from two chainrings to a triple chainring setup. This will give me far lower gearing, to help me along Ireland’s very lumpy terrain. The route includes several big climbs, and with all my camping kit on the bike, my current gearing isn’t low enough.

Yes, I’m aware the current trend is for single chainrings up front, but I’ve never been much of one to march to sound of someone else’s drum. I also intend to respray my bike – a very stunning blue, if you must know – and hope to get that done before the trip.

When you ride a bicycle, you are the engine. It therefore makes sense to ensure your engine is in good condition before a big ride.

In my case, that means going for rides of increasing length, with all my gear on the bike. If I can comfortably do rides of 70 miles around Devon, then I should be fine doing 50-mile days cycling the Wild Atlantic Way.

The trouble is I’m nursing a torn meniscus in my right knee, and if I injure that further, it would end my Wild Atlantic Way adventure before it’s even begun. I now ride with my knee strapped, but it also means I have to gradually ramp up the mileage that I do.