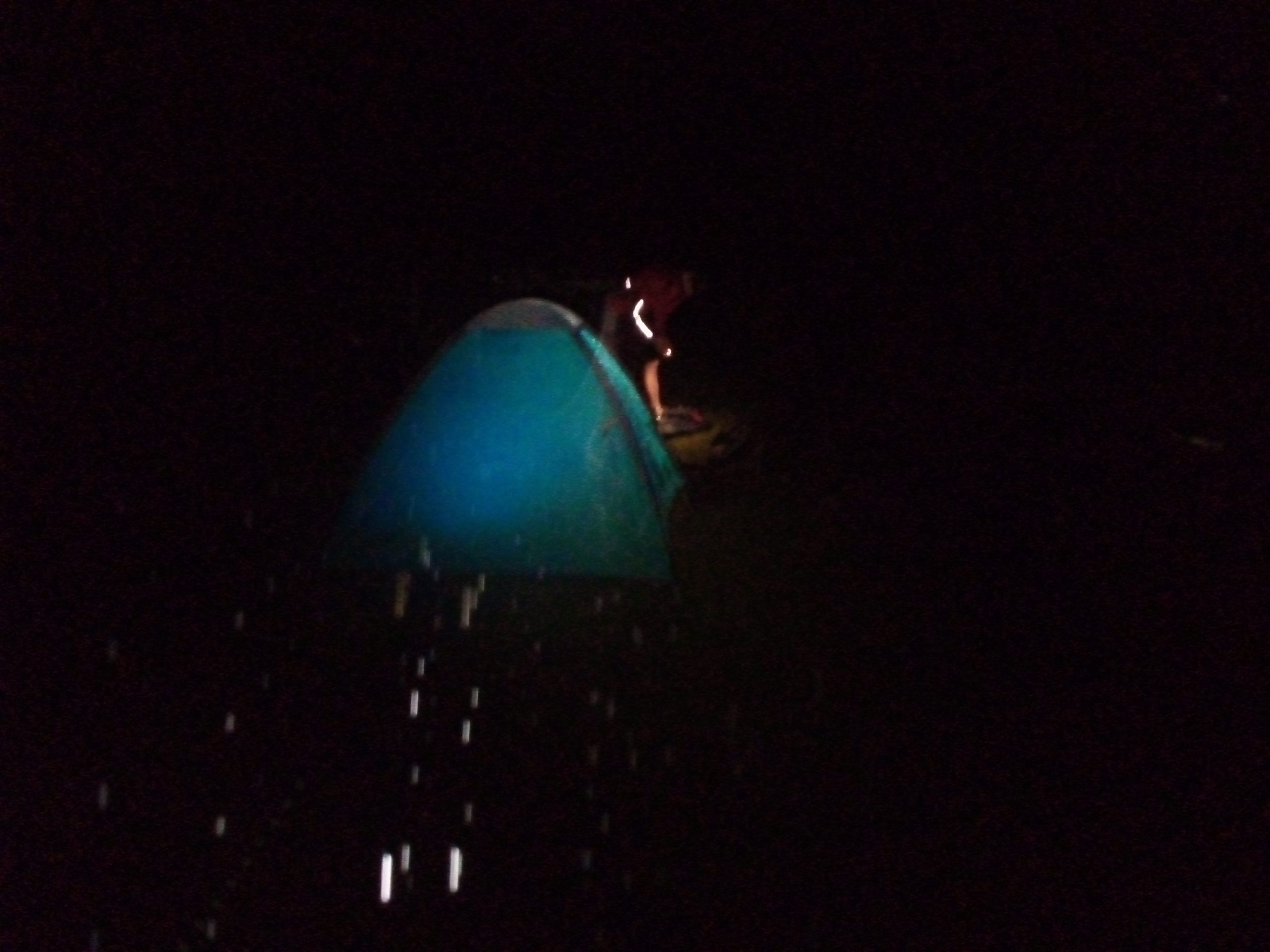 Adventure, Back To Basics, Camping, Cycle touring1 Comment on Back to basics – how to wild camp in the UK

What exactly IS wild camping? As a South African, I was baffled when I first encountered the term “wild camping”. I soon discovered that, to most Brits, if you say “I’m going camping”, what they understand you to mean is that you’ll be camping on a formal camp site, with a varying range of facilities, usually including toilets, showers, and more. In South Africa, when you tell someone “I’m going camping”, they’ll expect you to go camping somewhere in the bush, far away from any camp site. That latter definition is what in the UK is called wild camping.

Here’s the thing: wild camping doesn’t refer to camping in the wild. All it means is camping somewhere that is not a formal camp site. I’ve wild camped in farmers’ fields before, as well as in pub beer gardens (with permission from the pub, of course), in the middle of a village on the lawn between the old platforms of a disused railway, and even in the ruins of a supposedly haunted castle.

In most of Scotland, you’re allowed to wild camp, but there are limitations. In England and Wales, with the exception of almost half of Dartmoor National Park, wild camping anywhere is against the law. Immediately, that sounds dreadful, like you’ll be led away in chains if your dared to wild camp anywhere other that Dartmoor, in England and Wales. The reality is really quite different, so do read this linked post about official police and Home Office guidance.

The  most  important  rule 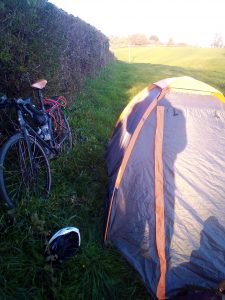 When wild camping, no matter where, strictly adhere to the Leave No Trace principle. This is sacrosanct! It means absolutely no fires, no breaking branches, no flattening crops, no messing around with livestock, leaving gates in the state that you found it and leaving no litter whatsoever. If you have to have a poo, you dig a hole, do your business, and take the used toilet paper away with you in a sealed zip-lock bag. Wild camping, when done right, is stealthy. No music, minimum lights at night, and keep noise down. If nobody knows you’re there, then nobody can object to you being there. In the morning, after you packed up, do a sweep of the area, and pick up any litter you find. Yes, even if it’s not your litter. Take it away with you, and dispose of in the nearest public bin you find.

ALL your litter must leave with you. That includes banana peels, apple cores, coffee grounds, and various other items of litter that many wrongly assume is “harmless”. After you packed up, all that must remain is a patch of grass that’s been flattened, and which in a day or two will have fully recovered.

This is not a philosophical question, but a totally practical one. For starters, all land in the UK is owned by someone. That someone could be the queen, the state, the local council, a national park authority, a farmer, a private land-owner, or a corporation. Imagine that you had a garden, and one evening you saw me (without knowing me) pitch my tent in your garden, without your prior knowledge or approval. You’d probably be pretty upset, wouldn’t you? Now, imagine you owned a 100 hectares of land, and I pitched my tend in a remote corner of that land, somewhere out of sight, and again without your prior knowledge or approval. Would you react the same as if I camped in your garden? I’ll go out on a limb here and suggest that you won’t.

There are exceptions, and some people are simply utterly selfish, and deeply unpleasant. For example, a very rich couple recently(ish) purchased a huge tract of land on Dartmoor, and are trying to stop people from being able to legally wild camp on Dartmoor. Regardless, provided you abide by the basic rules of wild camping, you should be OK. Oh, and if you do have a garden, please do consider making it available for cycle tourers to camp in? This post has all the details.

Leave  when  asked  to

If someone discovers you wild camping on their land, and tell you to leave, don’t argue with them. Yes, even if it’s 3am, simply apologise, pack up, and leave. Be polite throughout, and when you do your final sweep for litter, explain to them what you’re doing. Remember, you can try to stand your ground and say there for the night, but do you really want to have an argument with someone who knows exactly where you will be lying fast asleep in your tent? This is part of the reason why I suggest you always try to identify three potential wild camping spots beforehand.

Stealth  is  your  friend

Wild camping, such as what I’m describing, is the polar opposite of camping at a festival.  The second most important rule is to try and remain stealthy. Again, if nobody knows you’re there, then nobody can object to you being there. Never use  enormous tents. At most, use a 2-person tent, and whenever possible, try to opt for colours that blend into the landscape. Try to pitch as late as you can, just as the light begins to fail, and break camp early. There will be times when it’s far better to stop somewhere and cook your evening meal, then afterwards to cycle on to wild camp at your chosen spot. Do not play music, and don’t make loud noises. Absolutely do not make fires, nor burn anything that causes smoke.

Have you ever seen a tent pitched within visible distance from the road, or even perhaps in a park? If so, did you feel the need to go tell whomever camped there that they should pack up and go? Almost everyone would say they simply ignored whomever was camped there. Most people will have exactly the same attitude when they see you wild camping. When cycling the Kennet and Avon Canal cycle route with some friends, we were caught in a very heavy downpour by Caen Hill Locks, Devizes. We simply pitched our tents next to the locks, and the next morning exchanged friendly greetings with numerous dog walkers. Honestly, most people are good and kind, and won’t object to you camping on public land.

Having said that, I would suggest you try and avoid camping in urban areas whenever possible. Also, avoid camping anywhere you find lots of alcohol cans or bottles.

Pick  your  sites  with  care

Will that seemingly perfect camping spot become a river if it started raining at night? Will a farmer move a very grumpy bull into the field at 4am? Remember, most farmers start their day very early. How do you pick a good camping spot? Well, there are things to consider that will help:

In fact, it would be odd if you didn’t feel nervous when wild camping for the first time. You are likely to wake often during the night. This is normal, while you adjust to a new experience. It helps to be mentally prepared for this.

The magic happens outside your comfort zone, so step outside it and go wild camping! If you’re really nervous, simply sign up for one of my WeCycle Guided Wild Camping experiences. You will end up wild camping in a stunning spot, where it’s legal to camp, and I’ll be on hand to help, and offer advice. You will love it!

Back to basics – how to wild camp in the UK