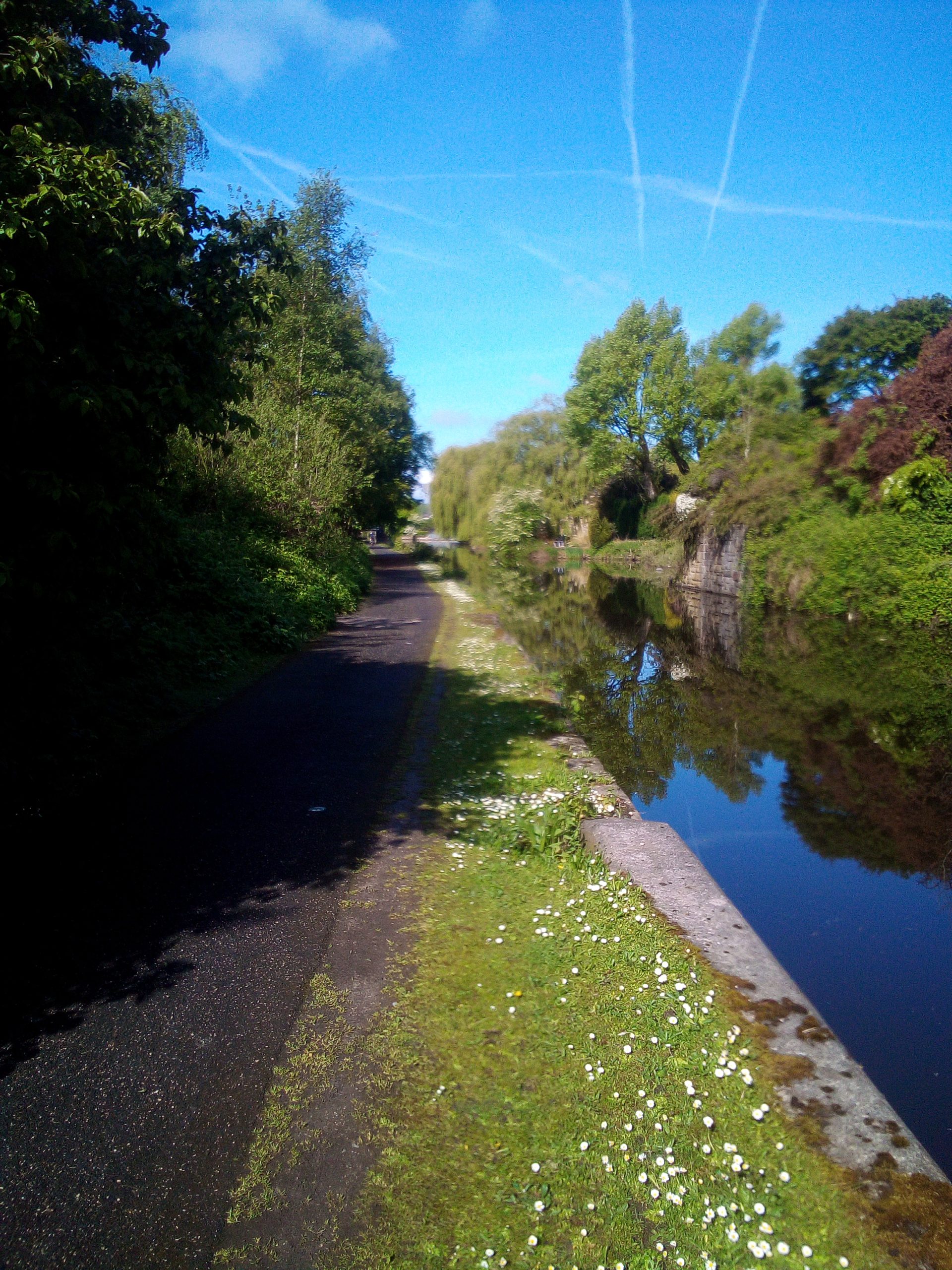 I love the serene cycling to be found when cycling along pretty much any of the UK’s many canals. Scenic views, plenty of Industrial Revolution heritage (and I’m a sucker for all that), quaint lock-keeper cottages, Victorian ingenuity and traffic-free bliss all make for a very heady combination.

It’s that allure that made me do quite a bit of canal cycling, with yet more planned.

And yet, especially if you’re a solo female cyclist, I will caution you against canal rides. Even if you’re a man, when cycling on your own (as I enjoy doing) there are risks you need to consider. No, I’m not trying to scare you off here. All I’m doing is pointing out the reality.

The specific risk of canal rides aren’t unique to canals. Often this same risk exists on rail trails. What’s the risk, you ask? Simply this: there are very few exit points along the route.

No jokes here – I really do want you to imagine you’re a mugger, planning on relieving me of my bike, and everything else I carry on it, while cycle touring a canal route. You will probably need to know some bits of information, such as when I’m setting off. In this, I’ll be the most helpful victim: not only do I tend to tell people on social media where I am and where I’m heading, sometimes I even helpfully live-share my location! All you need to do is view the Where’s Will map, to see my exact location in near real-time.

Next, you need to pick the spot where you’ll be mugging me. You’ll probably drive there, and have a vehicle you can quickly load my bike into, before making good your escape. That means you’ll pick a bridge over the canal, or a similar spot, to wait for me. I expect you’ll want two or three mates along, in case I try to put up a fight. While the hero in action movies can usually single-handedly fight off ten armed attackers, without breaking a sweat, most of us mere mortals stand little chance against four attackers.

This is an important advantage to you as a hypothetical mugger, as it means that – by the time I realise what’s happening – I won’t be able to quickly turn around and pedal away at speed. As a result, I’ll probably be forced to get off my bike and run away, losing my bike and all my camping gear.

You can do serious martial arts training, for many years, to become a new version of Bruce Lee, capable of fighting off plenty of attackers, but let’s be realistic here and accept this option is unlikely for most of us. A Muay Thai trainer I had always used to say that the best way to ensure that you don’t get beaten up is to simply not be there, and that the best way of not being there is to run away. There’s great value in that!

Probably a far more realistic option is to try and cycle in a group. There literally is safety in numbers. Even if you’re solo cycle touring, consider asking on social media if a few others will cycle with you through areas you’re concerned about. The risk of a mugging is always higher in cities, compared to being in the middle of nowhere. For example, there was a spate of bike-jacking along canals in Birmingham, and also along Manchester’s Fallowfield Loop.

If you’re anything like me, you probably also enjoy meeting people along the way. Be friendly, but always be alert that a minority may not be as friendly as they pretend to be. Having a visible helmet or body-worn camera on its own could lower the risk, as attackers don’t want to be caught on video. If you see a group of people that make you uncomfortable, then if at all possible, leave the area. Yes, even if that means turning back the way you came, and doing a detour. Always trust your gut instinct.

If you have no other option but to ride past such a group, carry on a loud, fictitious phone conversation, during which you ask the pretend person on the other end to confirm that they can see your live video feed. Yes, you probably won’t have a live video feed, but if a group of potential muggers think there’s a chance that you did, they’d be more inclined to leave you alone.

Most  people  are  good

The last time I was mugged was back in the early 90s. Perhaps one day I’ll tell you the story over a a few beers, and show you the scar I still have. As I pointed out above, I tell people – total strangers, in effect – what my plans are on social media, and I often live-share my location. I also often go cycle touring all by myself.

Despite all that, I’ve never been mugged (and long may that continue to be the case). In my world, the sun is shining. In my world, people are good. This post is not intended to scare you. I just wanted to point out some realities, and give you a chance to think your plans through before heading off on your bike. In addition, I rather strongly suggest you also read my Security On Tour post, as well as my Digital Security post.

And if you’re a woman, sadly you will be more at risk than I am as a man. For that I am truly sorry, and I desperately wish that more men would stand up to men that endanger women.

The trouble with canal routes…